What is Flat Head Syndrome?

Flat head syndrome is when an infant develops a flat spot on the back or side of his or her head. An infant’s bones are not fully fused together making them very pliable or easy to mold. The good news is that if your infant does develop flat head syndrome treatment is easy to come by and correct.

Some cases of positional plagiocephaly begin in the womb. “Many babies can develop a flat head as a direct result of their positioning in the womb before they are even born, known as positional moulding. Babies can also develop the tendency to develop a flat head during birth, with passage through the birth canal causing temporary bruising in the neck or shoulder muscles,” Technology in Motion.
In 1992 the American Academy of Pediatrics (AAP) issued a statement that recommended babies sleep on their backs or sides to reduce the risk of Sudden Infant Death Syndrome (SIDS). In 1996 the AAP issued another statement that a baby’s back was the only safe place to sleep. Babies sleep a lot which begins the flat spot and then using other devices where they lay down on their backs only furthers the flat head problem. Premature babies are more likely to have flat head syndrome because their skulls are even more pliable than a full term baby.

Can a flat head fix itself?

It depends on the severity of the plagiocephaly. In milder cases, you can help correct flat head syndrome with simple changes like switching the arm that you hold your baby and trying to keep him or her upright, avoiding putting pressure on the flat spot of their head.

Our story with Positional Plagiocephaly

I noticed in the beginning of August 2011 that my daughter, Kendall’s, head was looking a little weird. It was flat on the left side. That was alarming but then I also started to notice that she was always looking off to the left. The same week that I noticed these things I happened to be going on a little weekend mini retreat with some of the leadership team from my MOPS group. I mentioned it to a few of them – we’re all moms and two of them have four kids so I figured that they’d know something. They agreed with me about her looking to the left all the time. I happened to have her two month appointment scheduled that Monday so I decided to not panic and just wait to talk with her pediatrician. 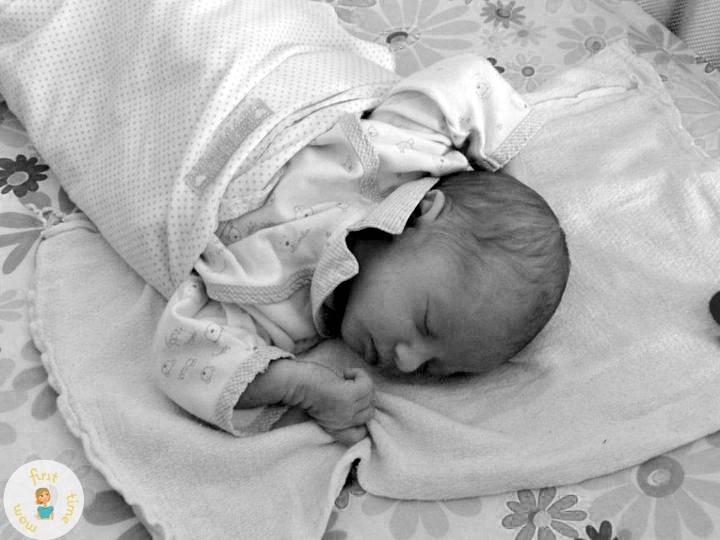 The appointment came and Kendall’s pediatrician noticed her looking to the left immediately (after I mentioned it to her first). She explained to me that we’d put her on her tummy and look at the symmetry of her little head. If the symmetry was bad she would refer us to physical therapy. So we put her on her tummy and sure enough the left side of her head was becoming so flat that her left ear was being pushed to the front and she was getting a bulge on the left side of her forehead.
Our physical therapy appointment went well. The physical therapist diagnosed Kendall with torticollis meaning her left side neck muscle was weak and her right side neck muscle was tight. She also explained to me that because Kendall was always looking to the left in her little world the left was what was normal and center. That really put things into perspective for me. Our goals for Kendall were to stretch out and loosen up her neck as well as teach her that the center from her nose to her belly button is how the world should look. She gave us homework of stretches to do three to four times a day as well as some exercises to get her re-orientated in the right mid-line direction. Because of her torticollis she was developing plagiocephaly (flat head syndrome). We began working on getting her head back to a nice round shape by doing lots of tummy time (thankfully she’s not extremely fussy when it comes to tummy time) and putting her on her right side (when we’re with her).  We’ve also just purchased a special pillow called a Baby Moon Pillow to help with allowing us to have her on her back but not put pressure on the left side.
We had until she was five months old to correct both her torticollis and the flat head syndrome. If it didn’t work she would have needed a helmet which is not the end of the world by any means. I was amazed when I look through her newborn photos how early this started and it didn’t really dawn on me until we went to the doctor that it wasn’t normal. They say that torticollis starts in the womb and can be perpetuated if kids spend time in the special care nursery or NICU. Kendall was one of those kids as she spent five days in the special care nursery.

Today, Kendall has a completely normal shaped head. The work we did with the physical therapist while it was inconvenient, it definitely paid off. Know that if your baby does have flat head syndrome it’s usually not life-threatening. It also doesn’t reflect on you as a parent. There’s absolutely nothing you could do to prevent or cause it to happen.

3 thoughts on “What is Flat Head Syndrome?”